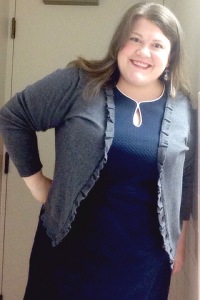 Ironically, my post “Weight is not the issue. Waiting is the issue” has been waiting on a follow up post for over 6 months. It was so easy for me to write that first part; sometimes when I am writing I feel like things are just pouring out of me. All I have to do is put pen to paper (finger to keyboard?!) and the words will come. Emotions become phrases and I can hear the writing gods’ “random word” that Emerson told us about. But the second half of my weight story is proving to be difficult for me to verbalize.  I have several drafts started… but none feel right. Perhaps it’s my perfectionist nature or I’ve just been too busy lately, but I suspect that it is because I don’t know how the story ends. I’m still living the second half and dealing with my disordered thinking and warped sense of self on the reg.

Do you know someone who is a recovered alcoholic or a former drug abuser? These people often say they are still recovering years later, many of them would say they will always be in recovery. It’s the same for me. (Sadly, I’ve found that often people are more open to discussing drug abuse than they are eating disorders.)  I’m doing very well now, but it isn’t something that comes naturally to me- it’s work; a continual process. And, now that I think about it, since I have been wrestling with my body dismorphia for almost 20 years… it probably will take me a while to come to grips with everything. So, I am giving myself permission to move in with my blog and not feel like I have to write that post before posting new things. So let’s put a pin in this topic and move on to something fun:

I really enjoyed the challenge of my first ODP last year and was surprised by the catharsis of the project. Many things are different this year, but I am excited for the challenge. I’m less than 2 months into my new job which requires me to dress more professionally and walk about half a mile a day in various weather.

After much deliberation, I chose a navy sheath dress. It’s very different from last year and the high neckline and distinctive piping are already proving challenging. It’s a thicker material, so tucking in or rolling up isn’t really an option. The other dress I was considering was more comfortable and versatile, but it was pretty similar to my 2014 dress. I hope I didn’t make the wrong choice!

On Oct 1, I wore the dress with a white cardigan and wedges- kept it pretty simple for the first day- and my boss complimented my “professional look” with a kind smile. He literally wrote the (hand)book for our employee dress code so I felt like that was a great compliment. He might think I took the compliment too seriously since I’ve been wearing the same dress every time he has seen me since then. Let’s see if he (or anyone else) notices…